In this Boss JB-2 review, we’re going to be discussing the pedals features, tone and performance to find out why this new collaboration from Boss and JHS is so much anticipated. 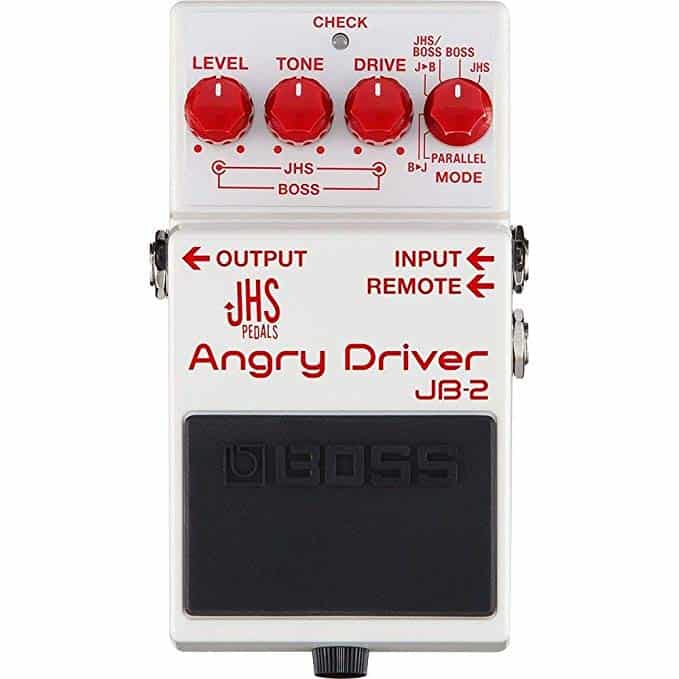 2017 sees the release of possibly the years most exciting overdrive enter the world. After recently celebrating their 40th year in production, the announcement was made that both Boss and JHS would combine forced and fuse two classic pedals into one. The new concept, titled the JB-2 Angry Charlie, will be a combination of the Boss DB-2 Blues Driver and JHS’s Angry charlie.

Looking at the pedal itself it’s obvious we have a Boss pedal at hand, however, the JB-2 has more functionality than standard Boss overdrives, with an all new duel-concentric knob system that will blend tones from each pedal together. Essentially this is two pedal in one, with the option of having more of one than the other, if that makes sense… One thing is for sure, the Angry Driver will provide an endless array of tones.

Boss and JHS team up to create the JB-2 Angry Charlie!

To give a more accurate representation of what to expect from the JB-2, we need to it down to remind us of the all too familiar tones of from the Blues driver and the Angry Charlie. Being the more subtle of the two, the Blues Driver is always considered one of Boss’s absolute classics with it’s creamy smooth tones replicating the warm tube amplifier sound that so many guitarist strive for. Then we have the Angry Charlie, an explosive drive with a wonderfully responsive three band EQ that offers excellent bass response and pleasant saturation.

The Boss JB-2 Angry Driver is essentially a low gain and a hight pedal combined, guaranteeing a full range of spectrum in terms of gain and saturation and meaning the Angry Driver will appeal to many guitar players in many musical genres. Check out the video below!

If you found this review on the Boss JB-2 both enjoyable and informative. Comment below your own review or any questions you may have regarding this product.

For more reviews on the best overdrive pedals Click here