Jimi Hendrix, who is widely regarded as the greatest guitarist of all time, is the legendary pathfinder who turned the electric guitar on its head in the late 1960s. Hendrix became one of the most important musicians of the 20th century by creating the original psychedelic rock sound, which has been frequently imitated throughout the years.

One of the first “famous” guitarists to explore with effects pedals was Jimi Hendrix. In fact, he helped make popular many of the standard stompboxes you’ll find on guitarists’ pedalboards today, most notably wah and fuzz. He also played with with effects like modulation, delay, and pitch-shifting, which were crucial in creating his psychedelic sound.

In this article we are going to identify the crucial guitar effects pedals that gave Hendrix his iconic sound.

What Guitar Pedals Did Hendrix Use?

In the late 1960s, Jimi Hendrix was one of the most innovative and influential musicians in the world. He was known for his powerful guitar solos and unique sound, and he used a variety of pedals to add effects to his guitar playing. Here are some of the pedals that Hendrix used:

-The wah-wah pedal is famous for its distinctive sound in funk and rock music. Hendrix used it on a number of tracks, including “Purple Haze” and “I Can’t Quit You Baby.”

What Was On Jimi Hendrix Pedalboard?

Lets get into the important stuff, which exact pedals were used by Hendrix to achieve his sound. In fact, it wasn’t a case of having a huge array of effects at his feet, but rather a few stand out pedals that could be combined for maximum effect. We’ve already established that he used a wah, fuzz and uni-vibe, so lets did deeper into each specific pedal. 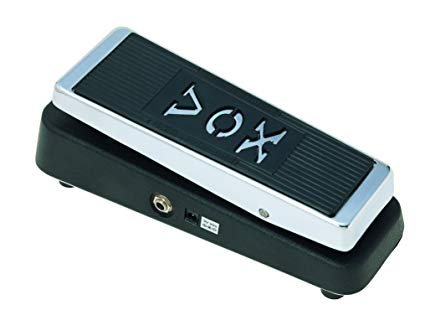 The wah-wah pedal was used extensively by Hendrix and can be heard on songs like “All Along the Watchtower” and “Purple Haze”. Wah-wahs are a type of pedal that creates an artificial wah sound by varying the frequency of the output signal. Vox still make wah pedals to this day which you can use to emulate the sound. Check out this wah pedal guide below.

VISIT OUR GUIDE ON THE 10 BEST WAH PEDALS

Jimi Hendrix was one of the most influential and innovative musicians of the 20th century. His unique guitar style and sound was largely due to his use of fuzz pedals. Fuzz pedals are a type of distortion pedal that gives a distorted sound. They were first used by Jimi Hendrix and are now widely used by rock, blues, and metal bands. They can be used to create an almost infinite range of sounds, from clean to dirty, distorted to clear, and metallic to fuzzy. They can also be used for solos or as part of a rhythm section.

The fuzz pedal was also very commonly used by Hendrix, appearing on songs like “Foxy Lady” and “Hey Joe”. Fuzz pedals add distortion to your guitar signal, making it more pronounced and giving it a fuzzy sound.

The Dallas Arbiter Fuzz Face pedal by Dunlop continues to be a highly popular choice, and Dunlop still manufactures them. This pedal and a wah pedal are the two most crucial parts if you want to accurately recreate Hendrix’s signature sound. Oh, and a fine Fender Strat from the 1960s as well.

If you’re a guitarist who wishes to recreate the iconic Jimi Hendrix fuzz sound from the years 1969 to 1970, you’ll adore this. Even though Jimi may have only had a brief career, his impact on the music business will never be forgotten. Every aspect of Jimi, including his distinctive style, remarkable songwriting, and daring guitar tones, inspired a new generation of musicians. The Dunlop Band Of Gypsys Fuzz contains a component of the sound.

Jimi Hendrix’s Uni-Vibe pedal was one of the most important effects in his arsenal and is still used today by many guitarists. This pedal helped Hendrix create some of his most iconic sounds, such as the wah-wah and the Stratocaster vibrato. The Uni-Vibe can be very versatile, providing a wide range of tones that can be modified with the controls on the pedal.

In conclusion, Hendrix guitar pedals offer a wealth of options for creating unique sounds. Whether you’re looking for a boost to give your solos a little more oomph or a subtle effect to add depth and nuance, there’s a Hendrix pedal designed just for you. So get creative and experiment – the sky’s the limit!

Here at Guitar Effects Pedalz we also provide full reviews of the best online guitar services so you can learn guitar online.